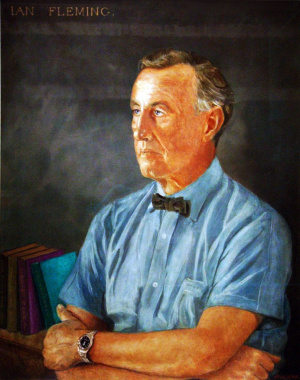 Ian Fleming created the most famous spy of all time. And Mr Bond is very particular in the watch he wears, just as his creator was.

Ian Fleming suffered from a heart attack and passed away in 1964. Ironically, he was in the prime of his life at just 56 years old. It was sad he did not live to see the rest of his novels turned into movies. Ian Fleming foresaw it when he said:

To date there have been a total of 25 or 27 James Bond movies. It is argued that the 1967 Casino Royale movie starring Peter Sellers was a spoof and Never Say Never Again was not an official franchise release so some say they doesn't count.