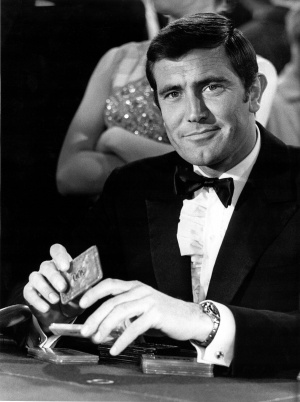 On Her Majesty’s Secret Service

George Lazenby wore two different Rolex watches when he played James Bond. He wore a Rolex Submariner and a Rolex pre-Daytona chronograph for his wedding.

Lazenby has the distinction of being the first Bond to wear a Submariner on an Oyster bracelet. He wore a Rolex Submariner 5513, but during the scene where he has to break into an office to open a safe and copy some documents, he takes a Rolex Submariner 6358 off his wrist and puts it on the machine with the crown unscrewed. Later in the film he is sporting a Reference 6238 Chronograph also on stainless steel bracelet. 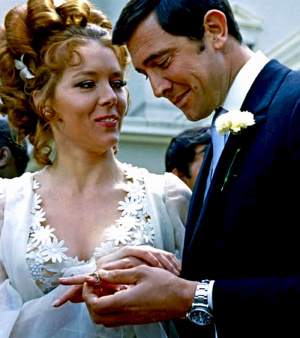