The Watches of Jacques Cousteau

The Watches of Jacques Cousteau 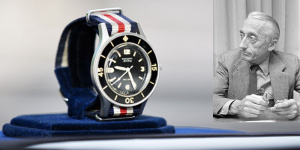 Jacques-Yves Cousteau (11 June 1910 – 25 June 1997) was a French naval officer, explorer, conservationist, filmmaker, innovator, scientist, photographer, author and researcher who studied the sea and all forms of life in water. He co-developed the Aqua-Lung, helped develop underwater cameras and highly maneuverable small submersible vehicles, pioneered marine conservation and was a member of the Académie Française. Cousteau’s legacy includes more than 120 television documentaries, more than 50 books, and an environmental protection foundation with 300,000 members. 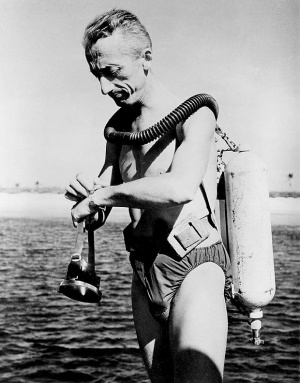 In the 1950’s and 1960’s people like Jacques-Yves Cousteau did ground-breaking work researching and developing, together with a number of watch companies, the necessary properties for dive watches. In those days, dive watches were life-saving tools, crucial to a successful and safe underwater venture.

Two major documentary series cemented his name in Chronopedia . They were named ‘The Undersea world of Jacques Cousteau.’ Volume 1 started in 1966 and ended in 1976. Volume 2 started in 1977 and finished in 1982. Wristwatches featuring heavily in the shows. the Calypso divers and Cousteau himself wore a large variety of divers. Some of them rare, some common. Examples include early Rolex Sea Dwellers and later Submariners. Early Omega Seamaster 300’s, Blancpain Fifty Fathoms and the original Omega Ploprof 600 and 1000. The Z.R.C and the Lip Nautic-Ski and the Depthomatic by Nivada. The Deepstar from Aquastar and the Doxa 300. And the amazing Omega Marine Chronometer. To name but a few.