Montres DOXA S.A., is an independent Swiss watch manufacturer founded in 1889. Doxa is best known for its dive watches. Between 1968 and 1978 DOXA became part of Synchron S.A. In 1978 DOXA S.A. was acquired by Aubrey Frères S.A. and then was sold to the Jenny family in 1997. In 2002 Doxa introduced re-editions of its watches and timepieces in limited quantities.

Doxa, founded in 1889 by Georges Ducommun, began as a maker of dress watches and other timepieces. Over the years, Doxa gained in size and branched out into other timekeeping markets.

In the late 1960s Doxa decided to devote resources to create a watch to be used for diving. Tests indicated that an orange face was more visible in murky water. Doxa also consulted with divers, including Jacques Cousteau, then chairman of "U.S. Divers," and Claude Wesly (a Cousteau companion and the first man to spend seven days thirty-three feet underwater). A staff of engineers and professional divers was assembled to create a watch with the required features. The Sub300t was purchased in quantity by U.S. Divers, who resold the watch in the United States.

The Doxa Sub300t features an orange face, intended to make it more visible in the water. It has a rotating bezel with the official US Navy air dive table for no-decompression dives engraved onto its surface. The watch could be used to calculate decompression times, and other information useful to divers. It was rated to work 300 meters below sea level, and later versions were introduced that could work up to 750 meters below sea level. Other watchmakers then followed with similar bezels, as well as different watch faces. Soon after the introduction of the Sub300t, the Swiss watch industry was hard-hit economically by the introduction of quartz watches. Accurate, reliable and small timepieces could now be made without the mechanical movements that the Swiss specialized in constructing. In response, Doxa joined a group of Swiss watchmakers to consolidate resources. This eventually failed and Doxa, after being sold, ceased operations in about 1980.

The Jenny family of Switzerland now owns the brand. in August 2002, Rick Marei has helped DOXA introduce re-editions of the dive watch line and other timepieces in limited quantities. Many are reproductions of the original models in design and construction, and all use Swiss movements. 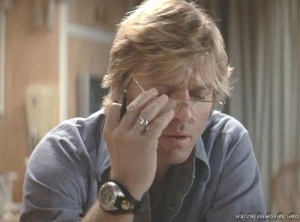