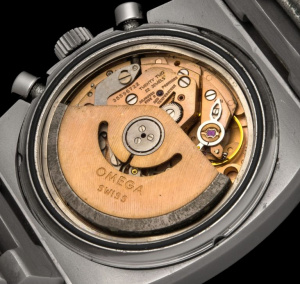 The calibre 1040 was the first self-winding chronograph movement used by Omega and calibre 1041 was based on this movement. It was chosen for and only used in a commemorative edition celebrating the company's 125th anniversary. See Omega Speedmaster 125.

Exclusively produced for Omega by Lemania.

The 1041 is functionally identical to the 1040, and they vary only by three parts: the rotor, the main plate, and the chronograph bridge. These parts only differ by the stamped markings of caliber number, serial number, and text.