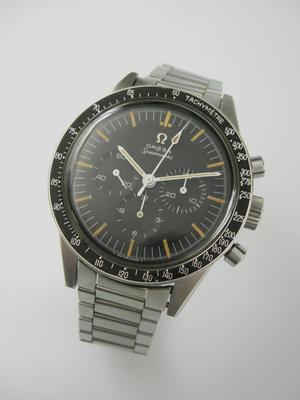 That same year - with reference ST105.012 - a 42 mm asymmetrical case, adding protection to the chronograph pushers and crown, was released. This is the case that remains, little changed, in production today. The Professional marking appeared below the Speedmaster logo on dial during summer 1965.

These were the years of the first manned space missions.

The solo-flight Mercury space programme was almost completed (the astronaut Wally Schirra had worn his own Speedmaster ref. CK 2998 on his Mercury flight on the 3rd of October, 1962) and NASA was preparing for the Gemini (two-man) and Apollo (three-man) missions. The astronauts on these missions were expected to move about in space outside the ship so they needed a wristwatch which could withstand the difficult conditions of space.

Beginning in about 1962, NASA purchased a series of chronographs of different brands, including Longines, Rolex and Omega, with the task of finding the best watch available for their astronauts to wear in space.

James Ragan, the NASA engineer responsible for the qualification tests, has spoken about the importance of the Speedmaster by saying, “The watch was a backup. If the astronauts lost the capability of talking to the ground, or the capability of their digital timers on the lunar surface, then the only thing they had to rely on was the Omega watch they had on their wrist. It needed to be there for them if they had a problem.” 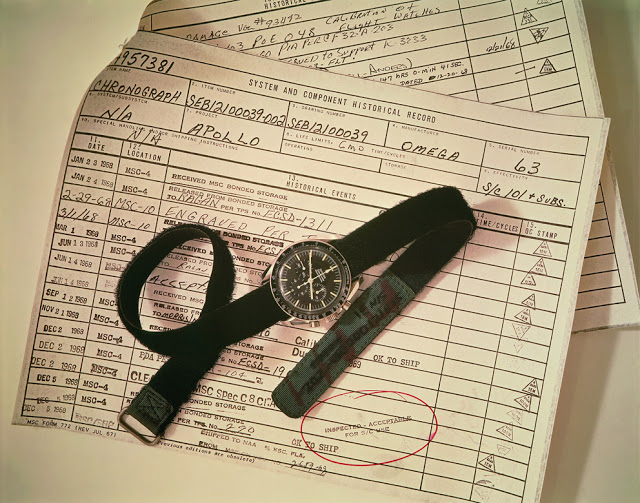 Curiously, Omega only learned about the Speedmaster’s journey into space after seeing a photograph of Ed White taken during America’s first spacewalk as part of the Gemini 4 mission in June of 1965. The watch was attached to the arm via a long nylon strap secured with Velcro.