The Wakmann Regate and The Bridges of Madison County (Clint Eastwood) 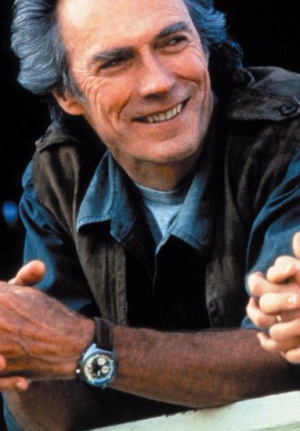 The Wakmann Regate in steel appeared on the wrist of Clint Eastwood in the movie The Bridges of Madison County, with Meryl Streep, released June 1995 (and seemingly on regular airing on TV to this day}. 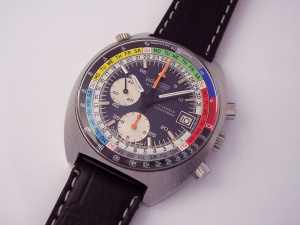 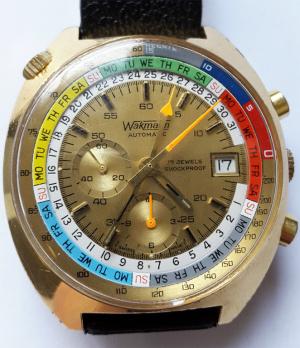 The model was made in the 1970s and came in steel and gold-plated versions. The film is set in 1965 so Clint wearing the watch is something of an anachronism. However it does feature quite a lot in the steel version he sports.

Some Details of the Watch

The first 15 minutes of the counter is denoted in colorful 5 minute blocks, while the rest of the timing bezel is in black or gold, offset by a vibrant and colorful dial with rotating inner calendar ring. There is a Breitling influence in this one as you would expect with the historic company connection, with a Lemania flavouring thrown in, via the movement .

The Regate is very colourful. At 44mm, the watch was big for the 1970s And still wears to today. It has a Lemania cal. 1341 movement with central chrono seconds and minutes, as well as a 12 hour counter at 6:00. The degree of waterproofing in this model is somewhat suspect and despite its Regate creditentials, it not thought it would respond well to any prolonged water immersion - the crown at 10.30 possibly proving difficult and causing sealing issues.