The Panerai and George H. Rowson

The Panerai and George H Rowson 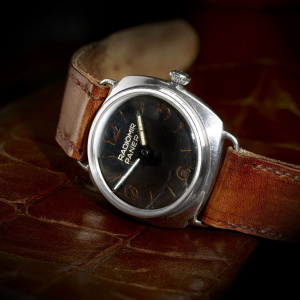 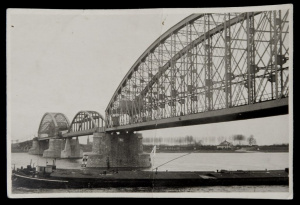 The Panerai watch came into the possession of a British soldier during the Second World War. George H. Rowson acquired the watch from a Kampfschwimmer (German frogman), during a thwarted attempted on behalf of the German forces to destroy the important Nijmegen Bridge in the Netherlands, in September 1944.

The incident occurred following the Battle of Nijmegen Bridge. The aim of the battle was for the Allies secure the bridge in order to gain quick access to the Dutch city of Arnhem. Part of a wider initiative known as Operation Market Garden, Allied airborne and land forces attempted to liberate the cities of Eindhoven and Nijmegen in the Netherlands from German occupation.

This model of Panerai watch was initially intended for the Italian Decima MAS until they were taken by the Germans. The German Kampfschwimmer who owned the watch is known to have received special training in Italy and wore an Italian-made specialised rubber dive suit.

According to Rowson’s first-hand account of the incident, at 06:30am on Sept 29th 1944, German Kampfschwimmers fixed charges underwater to the main supports of the bridge at Nijmegen. Once the German soldiers had completed their mission, they exited the river thinking they were back within their own lines. At this point, they were captured by a section of British soldiers which included Rowson. The charges they had placed were defused and so Nijmegen Bridge remained undamaged.

The timepiece was eventually passed down to Rowson’s son and has remained in single ownership since, having been worn only a few times. The Panerai was sold with a hand-written account of the event by Rowson, a section of the rubber diving suit acquired from the German soldier, and photocopies of important documents related to Rowson.

Other Famous Military Watches and Their Owners