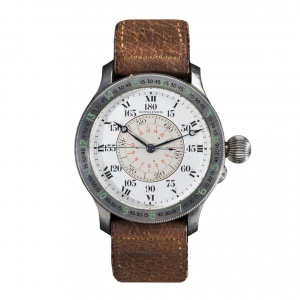 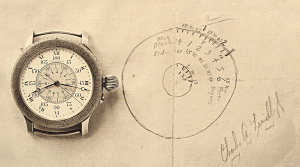 The Longines Lindbergh Hour Angle Watch was designed by Charles A. Lindbergh. He was the first person in the world to cross the North Atlantic Ocean by aircraft. The design is based on an improved navigation system developed by US Navy officer Philip Van Horn Weems, in 1927. Weems created a series of navigational devices that could work together with a special watch. Weems and Longines made a watch with a rotating disc that enabled the wearer to synchronize the seconds hand with a GMT signal. In fact, a radio signal. It worked, although the technique with radio beacons was in its infancy. This is where the history of the Longines Lindbergh Hour Angle Watch starts.

When crossing an ocean, there are no radio beacons. Nevertheless, Lindbergh managed to cross the Atlantic in a modified Ryan M-2 aircraft called the Ryan NYP (New York – Paris). Due to sponsoring it was called the Spirit of St. Louis. He left from Roosevelt Airfield, Long Island at the 20th of May 1927 and arrived at Le Bourget Aerodrome in Paris exactly 33 hours, 30 minutes and 29.8 seconds later. It was a miracle he managed the crossing as six earlier attempts by others ended in their death.

The Hour Angle hand shows an equivalent to longitude but not in degrees but in an angular distance representing the time difference between Greenwich (GMT) and any other point on the Earth. So, somehow, if you can measure your position, with a sextant, to a certain celestial element, and you can look up where that element would be on a certain time at Greenwich and you know your own time you can calculate your longitude and latitude.