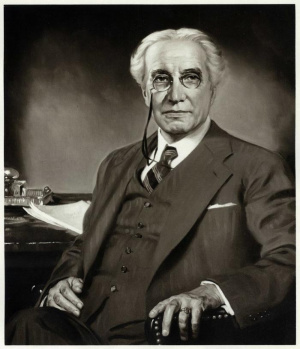 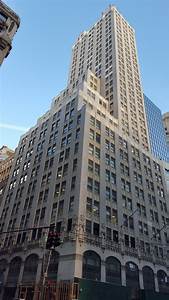 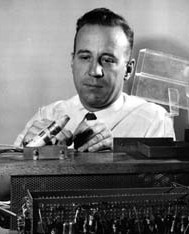 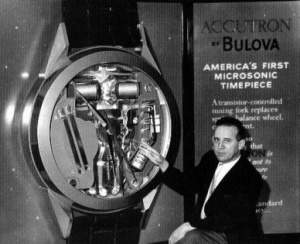 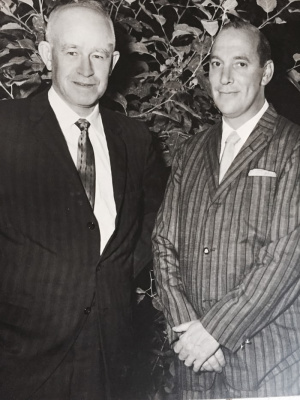 Bulova was founded in 1875 by Bohemian (Czech) immigrant Joseph Bulova in New York City, USA. The original company produced pocket watches and small clocks. In 1912, Bulova opened its factory in Biel Switzerland. In 1919, they released a line of men's wristwatches. In 1923, their company reincorporated as Bulova Watch Co. and in 1924, introduced the first line of women's wristwatches. In the 1920s, the 23-jewel movement was considered one of the best in the world and really put the brand on the map. In 1926, as a promotional effort, he offered a prize of $1,000 to the pilot who first succeeded in a nonstop flight across the Atlantic. Despite the fact that Charles Lindbergh personally wore the Longines Hour Angle on his flight, Bulova capitalized on the famous trip with a series of Lone Eagle wristwatches. In 1927, Bulova Watch Co. went public on the American Stock Exchange and established Bulova Canada.

In 1930, Joseph's son, Arde Bulova, assumed the title of chairman of the board, and in 1941, he proposed to manufacture national defense products such as precision military watches, aircraft instruments, and torpedo fuses for the government at cost. Following the war, he established, through the Bulova Foundation, the Joseph Bulova School of Watchmaking to aid in the rehabilitating of disabled veterans. In 1950, he established the Bulova Research & Development Laboratory which provided guidance systems, infrared sensors, and electronic systems for the military.

In 1949, Bulova became the first and only manufacturer to license the Motion Picture Academy Awards, by producing the Academy Award model, with Art Deco styling and a textured dial resembling stage curtains. Bulova created its own high quality automatic movement, dubbed "Self Winding" in the 1950s.

After Arde's death at 68 in 1958, his nephew, Harry Henshel, became president of the company. During WWII, Henshel was First Officer to General Omar Bradley. Bradley was invited to be Bulova's charman, a post he accepted until Henshel succeeded him in 1974. During this time, the revolutionary Accutron tuning fork electric watch was introduced and became a great success. Designed by Swiss engineer Max Hetzel, the Accutron used the vibrations of a tuning fork to regulate the watch to high tolerances, advertising accuracy to within a minute per month and dazzling buyers with the Spaceview, which did away with the dial, showing the beauty of the first transistorized movement. Bulova became involved in producing watches and clocks for the space program, due to Bradley's connections and the superiority of the Accutron movement. For instance,all of the clocks in the Apollo spacecraft were Bulova Accutrons. In the decade of the 1960s, Bulova produced many diving watch variations, to appeal to confident postwar buyers with some disposable income to indulge in sporting leisure activities. In 1966, Bulova purchased the renowned Universal Geneve. In the early 1970s, Citizen of Japan, collaborated with Bulova and used Accutron movements for their Hisonic line of watches.

During this time, Bulova sold chronographs with Swiss Valjoux movements, such as the Chonograph A or "Surfboard" and the Chronograph C or "Stars and Stipes." Bulova also made watches featuring the Chrono-Matic movement. These chronographs were of extremely high quality and are very collectible today.

In 1973, Gulf + Western Industries, one of the pioneering conglomerates, bought 29% of Bulova. After running into losses as the result of late introduction of the LED digital watch and inflation of the Swiss Franc, G+W sold their shares to Hong Kong-based Stelux Corporation in 1976. Stelux was a major producer of watch bracelets. CP Wong was brought in as the Chief Executive. Under Stelux ownership, it was hoped that more Bulova watches would be sold in the far east and that there would be synergies that would help both companies. Unfortunately, the quality standards slipped a bit during this time and even the classic Accutron movement had been discontinued after 1977. After 4 million tuning fork watches, Accutrons were switched over to a quartz movement provided by Citizen. Many Bulova watches from this period were made in thin gold plate, hurting their reputation as an upper-middle tier brand. From 1976-78, losses totaled 48 million and Mr. Wong resigned from the company.

In 1979, Bulova was purchased by Laurence Tisch of Loews Coproation. A close friend of Harry Henshel, Tisch put his son Andrew in charge while Henshel remained as chairman. In the 1980s and 1990s, they returned Bulova to profitablity. One of the first steps was to improve the quality of the watches, actually buying back unsold new stock in 1982 and replacing it with better watches.

In 2008, Loews sold Bulova to Citizen, a longtime partner, for $250 million. Under Citizen ownership, Bulova returned to its roots with the 50th Anniversary Spaceview in 2010, lovingly recreating the legendary tuning fork movement. Other reissues followed, with the Stars and Stripes chronograph, the Devil Diver and the Surfboard chronograph.