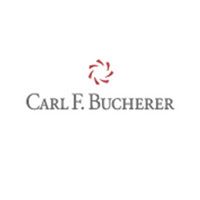 Carl F. Bucherer is a Swiss watch company based in Lucerne, Switzerland, which manufactures luxury men's and women's mechanical watches. Since its founding in 1888, the company has been wholly owned by the Bucherer family, making Carl F. Bucherer one of the oldest luxury Swiss watchmakers continuously held by the founding family. The company is run by the original family's third generation, with Jörg G. Bucherer serving as chairman of the board.

in 1888, Carl Friedrich Bucherer established his first boutique selling watches and jewelry in Lucerne, Switzerland. In 1919, Carl Friedrich Bucherer launched his first ladies’ watch collection in the art deco style. He is one of the first watchmakers to adopt the watch strap, which at the time was still a revolutionary concept. By 1948, the company was focusing on sporty chronographs that prominently displayed the current date.

By 1968, Carl F. Bucherer had manufactured around 15,000 high-precision, certified chronometers, making the company one of the top three Swiss producers of these specialized timepieces. In 1969, the company became part of a Swiss consortium for the development and production of the first quartz movement for wristwatches, the Beta21.

In 1976, Jörg G. Bucherer, the third generation of the family, took over the company. In 2001, the Carl F. Bucherer brand was repositioned and the company launched the Patravi watch collection. In 2005, the company filed a patent for the monopusher mechanism of the Patravi TravelTec watch, which permits the parallel display of three time zones.