A Brief History of Watches 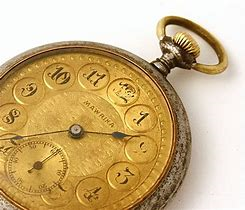 A watch is a portable timepiece intended to be carried or worn by a person. It is designed to keep a consistent movement despite the motions caused by the person's activities. A wristwatch is designed to be worn around the wrist, attached by a watch strap or other type of bracelet.

A pocket watch is designed for a person to carry in a pocket, often attached to a chain.

The study of timekeeping is known as horology.

Watches progressed in the 17th century from spring-powered clocks, which appeared as early as the 14th century. During most of its history the watch was a mechanical device, driven by clockwork, powered by winding a mainspring, and keeping time with an oscillating balance wheel. These are called mechanical watches.

In the 1960s the electronic quartz watch was invented, which was powered by a battery and kept time with a vibrating quartz crystal. By the 1980s the quartz watch had taken over most of the market from the mechanical watch. Historically, this is called the quartz revolution.

Developments in the 2010s include smartwatches, which are elaborate computer-like electronic devices designed to be worn on a wrist. They generally incorporate timekeeping functions, but these are only a small subset of the smartwatch's facilities.

Most electronic quartz watches include time-related features such as timers, chronographs and alarm functions. Furthermore, some modern smartwatches even incorporate calculators, GPS and Bluetooth technology or have heart-rate monitoring capabilities. Some use radio clock technology to regularly correct the time.

Today, most watches in the market that are inexpensive and medium-priced, used mainly for timekeeping, have quartz movements. However, expensive collectible watches, valued more for their elaborate craftsmanship, aesthetic appeal and glamorous design than for simple timekeeping, often have traditional mechanical movements, even though they are less accurate and more expensive than electronic ones. 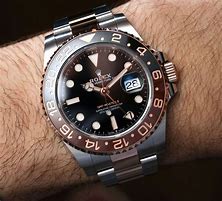