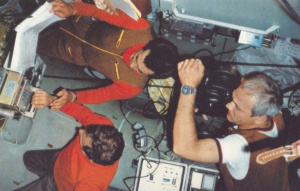 Djanibekov’s choice of a Speedmaster 125 is notable because other Cosmonauts of the era, like American astronauts, typically wore manual winding Speedmaster Professional Moonwatches. Djanibekov is a Soviet of Uzbek descent, and served as a pilot and instructor in the Soviet Air Force prior to becoming a cosmonaut. He flew on five space missions that spanned over 145 days in space and earned the title Hero of the Soviet Union.

Djanibekov’s watch is on display at the OMEGA Museum in Bienne, wearing the orange fabric strap that was used to secure the watch during the mission. 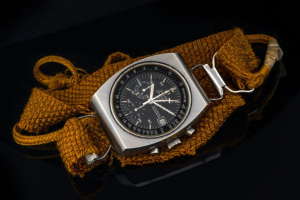