The Rolex Daytona and Paul Newman 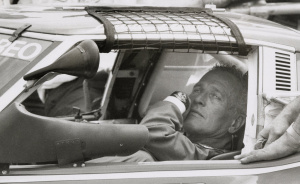 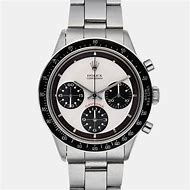 The word iconic is much used these days, though in the case of the Rolex “Paul Newman” Daytona, the adjective could not be more fitting. When Newman was filming his first racing-themed film, Winning, Rolex dealers couldn’t get the early “exotic dial” Daytonas off the shelves. After the 6239 began to appear on the actor’s wrist, that changed. Decades later, the now-famed Rolex Daytona is one of the most coveted chronographs ever. Initially gifted to Newman by his wife, Joanne Woodward, the actor’s personal Daytona bears the inscription, “Drive Carefully. Me.” Woodward often worried for her husband’s safety when he took to the track, and her words served as a reminder to him on race days.

Newman wore the beloved Daytona constantly before gifting it to his daughter Nell’s then long-term partner, James Cox. Nell recalls her father’s pride in the accuracy of his watch. Paul Newman was once the most bankable movie star in the world and at Phillips auction house in New York, he became the undisputed king of the watch world when his 1968 Rolex Daytona sold for $15.5 million. (Including the buyer's premium of 12.5%, the final price comes to $17,752,500.)