Supplier of watches to the British armed forces.

A wristwatch brand that dates from about the late 1940s or beginning of the 1950s, probably starting out life under the proprietorship of Southern Watch & Clock Supplies Ltd., an English watch materials company based in Orpington, Kent, who used the Precista name on watches that they produced and sold wholesale under their own brand name.

Southerns also sold Precista-branded clocks in addition to stopwatches, and chronograph/timekeeper wristwatches. Some of these watches were for military use by British armed forces. Precista watches were not manufactured by Southern Watch & Clock Supplies Ltd., although the firm probably had control of design specifications, also ensuring that Precista watches for the military complied to relevant specifications.

See CWC entry here for more information on the G10 models supplied by Precista in 1982 and 1984. 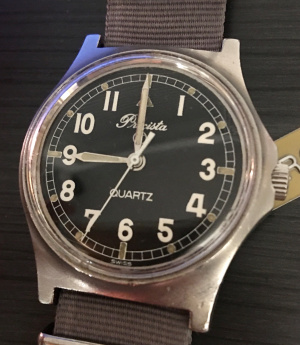 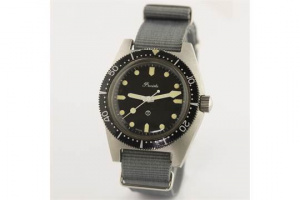 In the late 1980s/early 1990s, Precista was contracted to produce a dive watch with 300 meters of water-resistance. Additional specs included a stainless steel case, a matte-black dial with tritium paint, a bezel with hash marks for each minute, and 20-millimeter lugs. The watch had a quartz movement. These watches were never given a model name so they tend to be referenced by the brand name, issue year, or by the case back markings, which begin with “6645-99.” 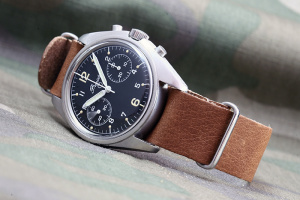