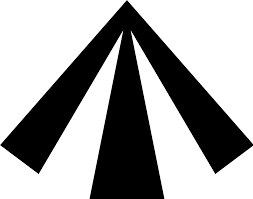 The pheon (a bearing representing the head of a Broad Arrow or javelin, with long barbs which are engrailed on the inner edge) was, like the modern mace, carried before royalty by a sergeant-at-arms. It became a royal mark, and was used in Great Britain to denote crown property, being termed the "Broad R,"or "Broad Arrow." One could suppose that the Broad Arrow is one of the oldest "trademarks" still in use for its original purpose.

It appears on property of the crown, normally used in military purpose. Watches would bear it on the dial, case and movement in many instances. 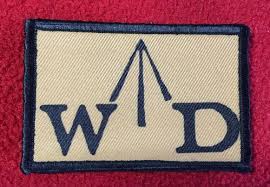