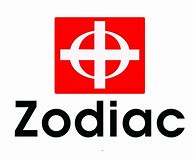 In 1882, Ariste Calame founded a workshop for the production of special watches in Le Locle, Switzerland. The original name of the company was Ariste Calame and would later become Zodiac. The name "Zodiac" was used early but was not registered until 1908. The founder's son, Louis Ariste Calame, was sent to watchmaking school, and then began to participate in the business in 1895, and took over the business that year.

The first flat pocket watch was launched to the public in 1928, and used the unique Zodiac calibre 1617 movement. In 1930 the brand designed and produced the first automatic sports watch, and then produced the popular Zodiac Autographic. The Autographic was self-winding with a power reserve gauge, an unbreakable crystal, and a radium dial, and was also water and shock resistant. In 1953 Zodiac introduced the Sea Wolf as the world's first purpose-built "dive watch" manufactured and marketed to the masses. the original Sea Wolf, and its successor, the early-1970s Super Sea Wolf, are widely considered two of the most iconic commercial dive watches in history. With a patented crown/stem system and improved case back design, The Super Sea Wolf's water pressure rating increased from its predecessor's 200-meter rating to 750 meters. When the 750-meter-rated Super Sea Wolf was introduced in the early 1970s, the U.S. Navy SEALs adopted it, as Zodiac announced in magazine ads of the day.

In the century of its life, Zodiac offered a number of firsts including: